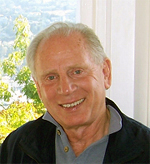 SHELDON graduated with a BA in Religion from Princeton University, an MBA in Management and Organizational Behavior from New York University, and later a Ph.D.E (Doctor in Esoteric Philosophy, ABD) from the University of the Seven Rays (USR).  Sheldon is a Board member of the SRI/USR (Seven Ray Institute and USR), assisting in the role of Conference and Program Coordinator.  He is also a Member of the Board of Meditation Groups International (MGI) for Meditation Mount in Ojai, California.

Upon graduation from college, he accepted an offer from Union Theological Seminary in New York city to join a new internship program living and working with the East Harlem Protestant Parish to learn about and address some of the problems of Inner City Poverty, including race relations, poor housing, drug addiction, and education.  At the same time he took a course in Group Dynamics at the Seminary which opened his mind and heart to the livingness, and power and Joy of “good groups” practicing “Right Human Relations”. The intersection of experiencing some of the real needs in the world-beyond academics and the joy and power of positive human and group relations opened the door to 45 years of Soul expression through “team building” and evolving values-based organizations.  His mission has been to assist in the trans-formation of business and the development of soul inspired groups working for the awakening and betterment of humanity.

Sheldon’s current life interest is working with his wife, Halina, to support and participate in the emergence of “Esoteric Advent” (www.EsotericAdvent.org) as one of the avenues for the “purifying streams” in the coming New World Religion, and through this portal actualizing a living application of the Ageless Wisdom Teachings expressed and authored by the Tibetan Master, DK in the Blue Books. He is also engaged with the emergence of many service groups and movements inspired by the Christ and Masters of Love-Wisdom known as the Spiritual Hierarchy or 5th Kingdom of Souls, drawing ever nearer as the driving forces behind the emergence of a new Aquarian culture and civilization.

After living seventeen years in Marin county, California, Sheldon now lives in the foothills of the Sierra Nevada Mountains with his wife, Halina, and their little cat person, Alcyone, aka, Little Lady. He can be reached at capriccg@aol.com