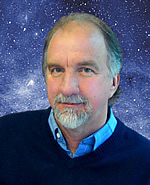 The Tibetan Master Djwhal Khul tells us that God reveals himself through appearances—through a Coming One.  This doctrine is found in all the basic world religions—in every time and age.  He says that we are visioning a new and vital world religion, a universal faith which will have its roots in the past, but which will make clear the new and dawning beauty and the coming vital revelation.  The World Teacher’s appearance is imminent, and once He returns, He will found the New World Religion.  Robert has spent 5 decades researching, compiling, and creating videos on four keynotes of that New World Religion.  This presentation will be a brief survey of Robert’s research regarding those four keynotes: Death, Rebirth, Religion, and Initiation.

Conference Workshop: Avatars and the Continuity of Divine Revelation

The Tibetan Master Djwhal Khul tells us that the Doctrine of Avatars and the Doctrine of the Continuity of Divine Revelation comprise essential aspects of humanity’s ongoing spiritual heritage.  In this video presentation, we will examine the various kinds of Avatars, and Their effect on our solar system and its various planets as well as Their influence upon humanity and its civilization and culture.  We will focus on Divine Embodiments and Transmitting Avatars as They prepare to initiate the Third Great Divine Approach which will result in the Reappearance of the Coming One.  Upon His imminent return, this great World Teacher will found the New World Religion and restore the Mysteries of Initiation on our planet.  He will also reveal the new and vital Revelation which will ensure the continuity of Divine Revelation that has been bestowed upon humanity by various Avatars throughout human history.

Robert J. Borel holds a B.A. in English (Univ. of Texas – Austin) and a M.A. in Interdisciplinary Consciousness Studies (John F. Kennedy Univ. – Pleasant Hill, CA).  In 1987, he worked with Dr. Michael Robbins and others in founding the University of the Seven Rays. Robert served as a member of the Board and the Religion Faculty.  He is currently an adjunct faculty member of the Morya Federation. Robert is a former Arcane School student and has taught the Ageless Wisdom for 5 decades.

Robert compiled Death: The Great Adventure (Lucis Publishing Company: NY, 1985), a compilation on conscious dying from the books of Alice Bailey.  His video trilogy by the same name is on YouTube. Robert also created Initiation: Fire From Heaven, a 900-page compilation on initiation from the Bailey books (www.makara.us – Reference – “I” for “Initiation”).