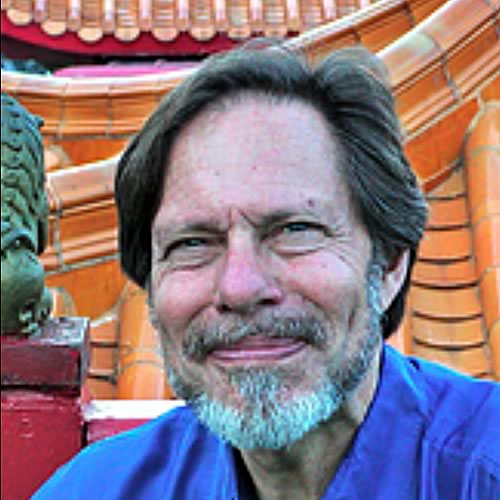 From beyond the Veil

As a long-standing teacher of the Ageless Wisdom through the study of the Seven Rays, Esoteric Astrology, Cosmology, and Rayology, Michael Robbins, Ph.D. has inspired students worldwide, some of whom have gone on to form their own organizations to continue the spread of the Ageless Wisdom. Michael is the author of Tapestry of the Gods (two volumes on Rayology–with other subjects also listed in the Tapestry Series), Infinitization of Selfhood (a philosophical treatise on the nature of Essential Identity), On the Monad (and e-book), The Egoic Lotus (an e-Book). Michael’s esoteric astrological writings and commentaries can also be found on www.makara.us and YouTube.  Some of his completed works are available for purchase and, all works and works in progress are available online and free of charge. Michael’s extensive commentaries on A Treatise on Cosmic Fire, The Rays and the Initiations and Discipleship in the New Age, Vols. I and II, Esoteric Astrology and other books by Master DK or compilations featuring topical reference to important subjects in DK’s Work can be accessed through the Makara Website and increasingly through the Morya Federation Esoteric Education Website on YouTube.

Michael is the co-creator (with Rick Good) of the Personality Identity Profile (PIP II) now offered in a new version as PIPIII, prepared by Walter Pullen who teaches with the Morya Federation Faculty. PIP III is now available in a PC version and is free of change for all who wish to use it. Before long, again, the PIP in its PIPIII version will be offered in a website version over the Internet. For more than thirty-five years, the PIP, in its various progressive versions, has been assisting people to discover their rays.  Michael, now in collaboration with Walter Pullen and formerly in collaboration with Rick Good, has created a search for the higher rays, in the form of the TARA–the Transpersonal Astro-Rayological Analysis. Walter Pullen’s Astrolog Program will now enhance the TARA which is appearing in book form first (as a kind of workbook for deep meditation) and before long will appear upon a website. Michael (in collaboration with Harold Moses as orchestrator) has composed and authored fifteen musical, ceremonial ritual dramas and astrological Solar Fire Festivals that facilitate the invocation and expression of energies of the twelve Zodiacal Signs for the monthly festivals of the emerging New World Religion. He resides in Helsinki, Finland with his wife, Tuija with whom he collaborates closely in teaching the Ageless Wisdom, and in Phoenix, Arizona where he collaborates musically with Harold Moses. Tuija and Michael direct the Northern Light Society in Finland and in collaboration with the Morya Federation present many broadcasts, webinars and meditations on a wide variety of esoteric subjects.

We use cookies to ensure that we give you the best experience on our website. If you continue to use this site we will assume that you are happy with it.OKNO