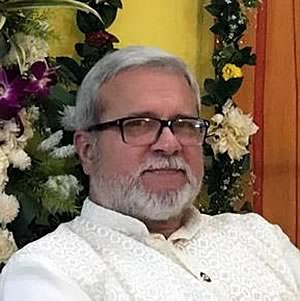 Main Conference Presentation: The Sixth and the Seventh Rays in the World Today

The current transition between the outgoing sixth and the incoming seventh rays is producing a clash of ideas and ideologies on a world-wide scale. We are told (Destiny of the Nations, 46), “The situation is still further complicated by the fact that both these rays influence and express themselves in a dual manner and have always a lower and a higher form of manifestation, which is a correspondence in this connection to the personality, and the egoic expression of every human being.”

We are told (Destiny of the Nations, 61): “Out of Russia will emerge that new and magical religion about which I have so often told you.” Also, (Ibid, 62), “the spiritual motto: “I disperse the clouds,” is indicative of the magical work for which Spain will eventually be responsible … the field of scientific magic and the magical work of the Church of the future.” Therefore, recent developments on the Science of Magic will also be addressed in this talk.

José Becerra, MD, MPH, FACPM.  Since his professional retirement, Dr. Becerra has become a full-time student of the four classical disciplines (Quadrivium) of number, geometry, music and cosmology applied to solve the problems of humanity. Since 1999, Dr. Becerra has devoted his esoteric work (https://www.ngsm.org/2017/home.html) to the study and practice of Agni Yoga, having recently translated the book Introduction to Agni Yoga by Vicente Beltrán-Anglada  (https://agniyoga.info/). Dr. Becerra has worked along with the New Group of World Servers in the fields of government, medicine, international health and mathematical epidemiology (https://www.linkedin.com/in/jbecerramd/).