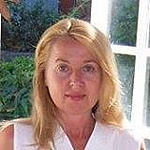 HALINA BAK-HUGHES has been a life-long student of the “Ageless Wisdom Teachings” (Trans-Himalayan Wisdom, Vipassana Meditation (S. N. Goenka in the tradition of Sayagyi U Ba Khin), Theosophy, Esoteric Christianity, Metaphysics, Ritual Ceremony and Meditation for a New World Spirituality and Religion) that began in her youth when experiencing the rituals and sacraments of the church which led to ‘Ordination and Consecration’ in an esoteric lineage. After years of immersion in the Ageless Wisdom teachings (earning esoteric degrees and certificates in both traditional and esoteric lines of study – an M.S.E/Esoteric Psychology, Doctorate in Divinity/Esoteric Cosmology-ABD, and Esoteric Astrology via the University of the Seven Rays), she recognized that these studies and their application are expressions of a comprehensive esoteric science approach for modern Discipleship and the emergence of a Soul Culture on Earth.

Today, Halina helps unfold the living powers of the Soul through her spiritual mentoring practice (as a certified Coach) and founder of “Esoteric Advent” (Sol Invictus Universalis) – a contemplative on-line ritual and spiritual approach to Divinity drawing from the ancient Wisdom Teachings aligned with the zodiacal rhythms of the year, the stars and liturgical seasons ~ in service of the Heart of the Christ and the Soul of Humanity ~ arising to meet an emerging ‘new world’ demanding a truer “spirituality and religion” that is now taking shape and form: www.EsotericAdvent.org

Halina is a member of the Board of Trustees for the Seven Ray Institute (SRI) and the University of the Seven Rays (USR), is a Member of the Board for Meditation Mount (MGI) in Ojai, CA and serves on the Board of the ILWSC.  Halina has served as the annual International Conference Program Coordinator for the SRI-USR conferences since 2002.  She lives in the Sierra Nevada foothills (near Grass Valley, CA) with her husband, Sheldon, and magical cat person, Alcyone (aka Little Lady).  Contact Halina at EsotericAdvent1@gmail.com or Halina2000@aol.com