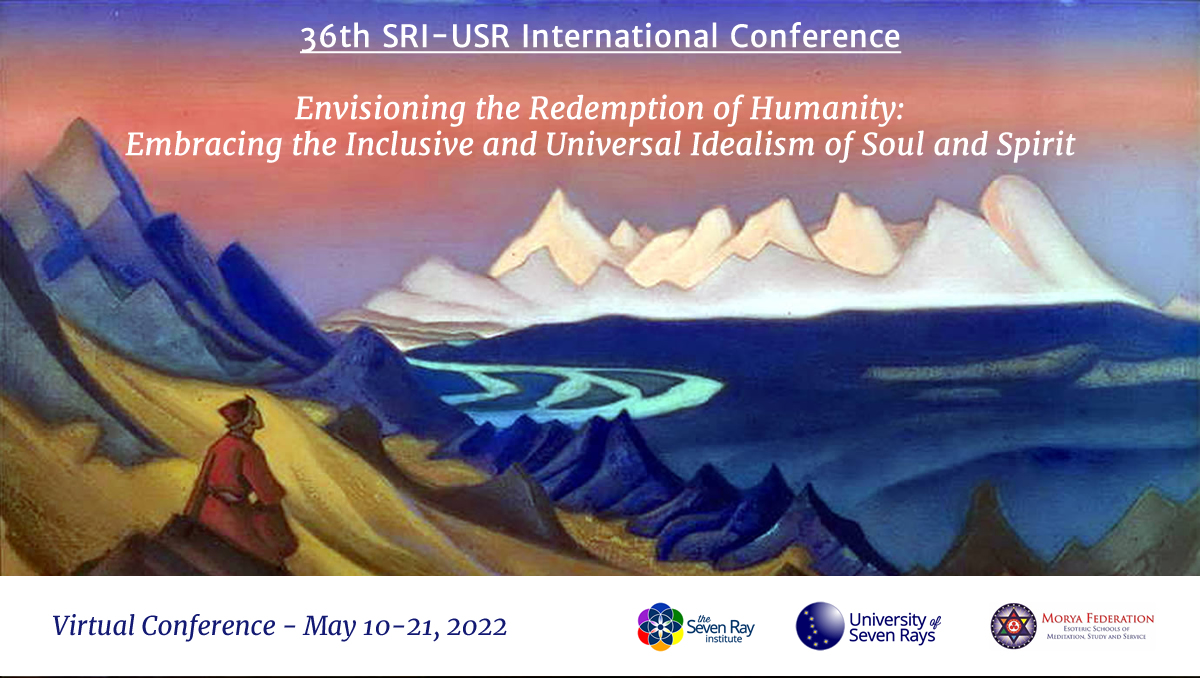 Our purpose for the conferences is to contribute through esoteric events to promote the improvement of the human condition; to contribute to the upliftment of humanity; and, ultimately to humanity’s redemption that is so badly in need. Everywhere conflict, everywhere the assertion of authoritarianism instead of democracy, everywhere the robbing of the true will of the people. Each of us has a little bit of that inclusive divine will coming from the will-to-good.

The Sixth Ray in one sense, is the ray that is passing out of incarnation on one of its cycles, but not on another and greater cycle within a huge Fourth Ray cycle is approximately 40,000 years, maybe a bit more. The great Sixth Ray still has 21,000 years to run. What is vital is that we understand idealism in a manner that is not narrow, separatistic, and reminiscent of the Great Heresy, the one Great Heresy of separateness.

This conference will not be about idealism in its ordinary, narrow sense. There are great difficulties when the confined idealism of a narrow orthodoxy takes over. People cannot receive the true ideas becoming ideals from the higher planes, because they are in a prison of their own glamours, about which we’ll discuss much, and their own illusions. And of course, the Sixth Ray is also involved with chaos upon the outer plane because the usual Sixth Ray type doesn’t care whether things really come through properly according to the divine Plan. They are happy to forget the world and go to heaven or paradise which they find very difficult to explain. That’s not the kind of idealism we will be attempting to understand and generate at this conference.